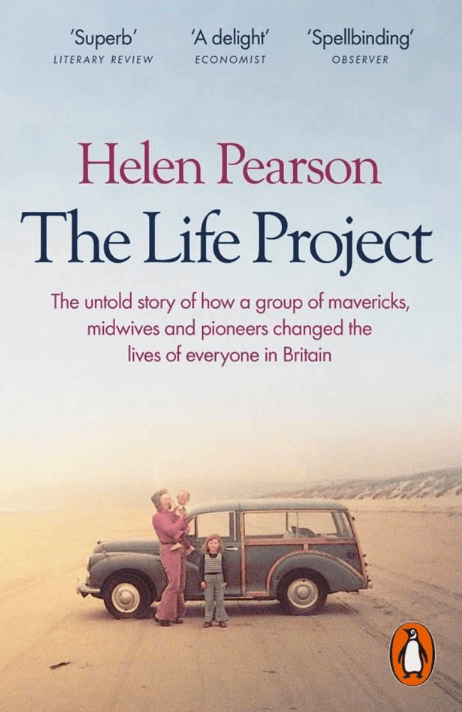 The Life Project is about a remarkable series of scientific studies that have tracked generations of children growing up in Britain over the last 70 years. I spent about five years of my spare time researching and writing the book about these amazing studies, called the British birth cohorts.

Today, the people in them are some of the best-studied people on the planet – and the findings have been prolific and far reaching, changing policies around birth, schooling, social mobility, parenting, ageing and much more. I argue that they have touched the lives of almost everyone in Britain today – and that they are one of the country’s best kept secrets.

To research the book, I carried out well over 150 interivews with scientists and people in the cohort studies themselves. Writing it was my life project for many years! And it convinced me that the simple act of observing human life can generate important discoveries and surprises.

The book was published in 2016 and, to my surprise and delight, it was very well received. It was named best science book of the year by The Observer, was a book of the year for The Economist, was longlisted for the Orwell Prize and was highly commended in the 2017 British Medical Association Medical Book Awards and the Medical Journalists’ Association Awards 2016.

The story of these extraordinary studies starts just over 70 years ago, when scientists decided to collect information on almost every baby born in one cold week in March 1946, just months after the end of the Second World War. It seemed crazily ambitious − but they pulled it off with post-war panache, by dispatching an army of health visitors to interview all mothers across the country. (The questions they were asked speak to their moment in time: Were you able to get your full extra ration of a pint of milk a day? How much did you spend on smocks, corsets, nightdresses, knickers and brassieres? Who looked after your husband while you were in bed with this baby?)

Scientists have been following several thousand of those children ever since, in what has become the longest running study of human development in the world. The effort was so successful that scientists repeated the exercise: they started following thousands of children born in 1958, 1970, the early 1990s and at the turn of the millennium. Altogether, more than 70,000 people have enrolled in these studies across the five generations, and researchers are tracking many of them still. Researchers have amassed a vast amount of information altogether, including mountains of questionnaires, terabytes of computer data, and even boxes full of baby teeth, nail clippings, tufts of hair and umbilical cord slices.

I really hope that you’ll read and enjoy the book.

Reviews for The Life Project

“If you ever wondered whether the circumstances of your early life steered you along a particular path, look no further than this book … highly readable … a goldmine of social history.”

“Hugely engaging … the scientists are an irresistibly eccentric, passionate bunch.”

“It’s hard to believe something as simple as observing a group of babies follow their path through the world can provide such a huge amount of knowledge about the human condition. “The Life Project” makes the case for why they should be a jewel in the crown of British science.”